Pattaya [Thailand]
2010/09/27 [19:22] (Mon)
I'm curious about how the sin city beside a beach look like?!. So it's attracted to me try to get there and take a look~~ Since after Bangkok I decided getting to Ko Samet but I spend too much money in Bangkok so have to changed my planned direct to Pattaya. 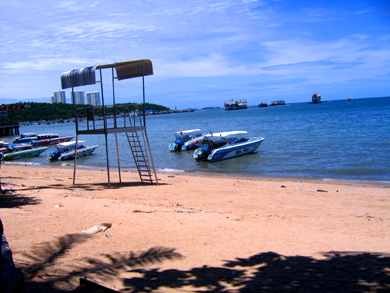 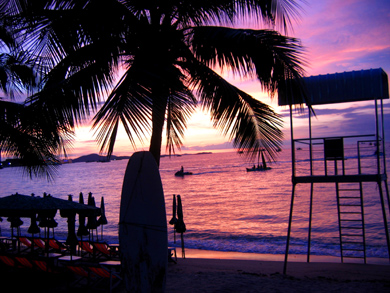 Sunset view of the Pattaya beach.

Of course the sex tourism is a booming industry in Pattaya so it's very commersial city! Every late in the evening have thousand of prostitutes appear around Walking Street or stand beside the beach!!


Bangkok [Thailand]
2010/09/27 [18:58] (Mon)
I initially decided this trip on last Christmas but keep postponed until this August. Lucky my trip was delayed few times since last time my planned not complete and waste a lot time in train. Finally this trip I took by plane to Bangkok because Bangkok still in unstable political situation so the airfare was quite cheap~

Bangkok is the capital and largest city of Thailand. It's considered to be one of the world's tourist hotspot! 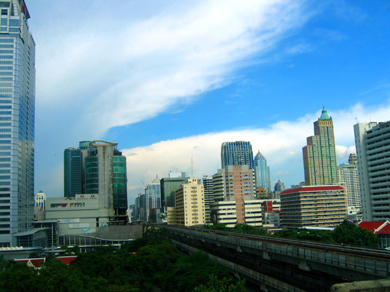 The city that is always on the move. 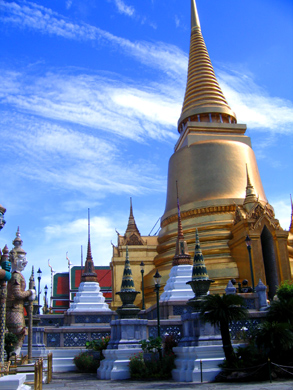 Wat Phra Kaew is the Temple of the Emerald Buddha and most important temple in Thailand. 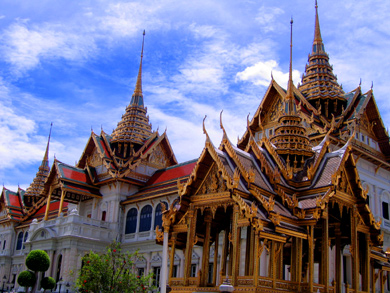 The Grand Palace is a complex of buildings in Bangkok as the offical residence of the Kings of Thailand for over 150 years. 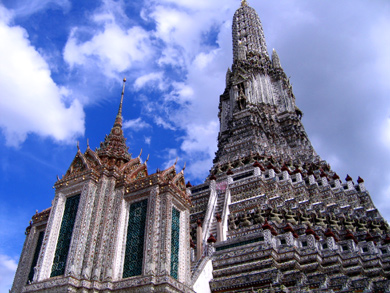 Wat Arun structure 82m and on the west bank of Chao Phraya River. 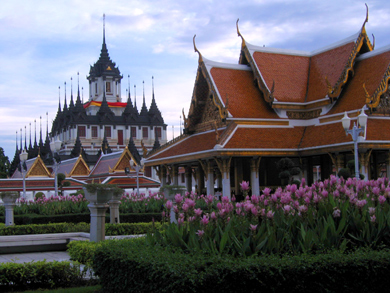 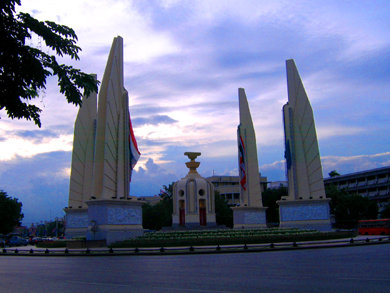 Stayed 6 nights not really enough for me since Bangkok still have many spot to explore!! They maintain their old city really nicely particularly it's no any skytrain or subway and everywhere catch the old-style local bus, the building looks remain and doesn't repair at all and the cheap living expense. So it's bigger difference with the new city!! And the new city quite nice too behind Singapore especially good in classification for every buidling and street!! The only weak point is lack of environmental awareness and hard to find out ashbin in the city...

My conclusion that Bangkok is my favourite city in Southeast Asia although I haven't been Jakarta, Manila and Yangon but I could definately this 3 cities must not better than Bangkok!! Hope next time I have more time for long stay~


Luang Prabang [Laos]
2010/05/11 [16:42] (Tue)
Luang Prabang is another attractive that I wanna travel in Laos since LP highly recommended as best architectural wonders in SE Asia.
It's a city located in north central of Laos as a UNESCO protected World Heritage city!! 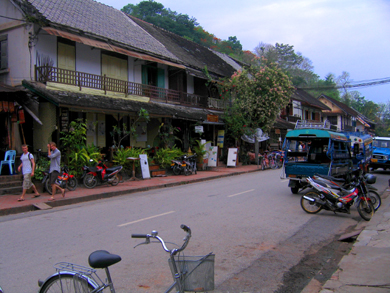 The old town of Luang Prabang. 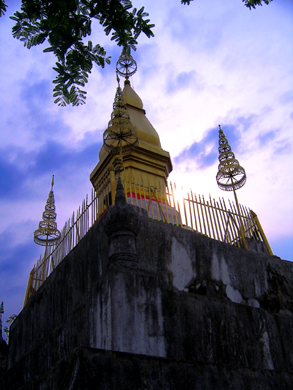 Mount Phu Si is a 100m high hill in the center of old town. 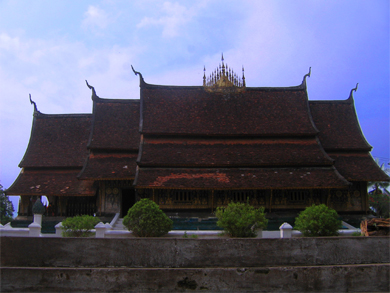 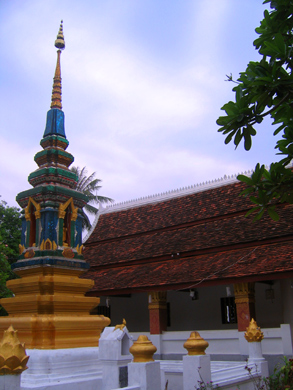 Wat Si Bun Heaung is colored in emerald and gold. 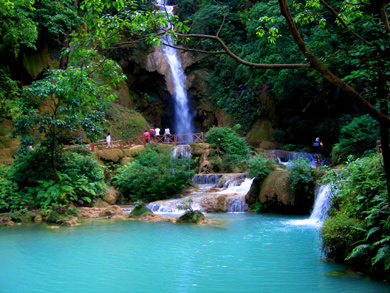 6 days pretty damn relaxing in Luang Prabang!! But the route getting to Luang Prabang is my horrible experience... It's a relatively narrow, sharp curves, no markings and no lamp post. I taking 7 hours to Luang Prabang from Vang Vieng trough this dangerous road by mini bus... All the way made me uncomfortable!! But since I'm budget backpacker so I had no other choice...

Before I been Laos that I never planned to travel southern of Laos. But I think now is the time to be planning!! Because I love LAOS so much!!!

Vang Vieng is a tourism-oriented town between Vietiane and Luang Prabang. 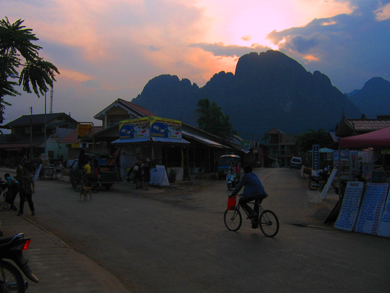 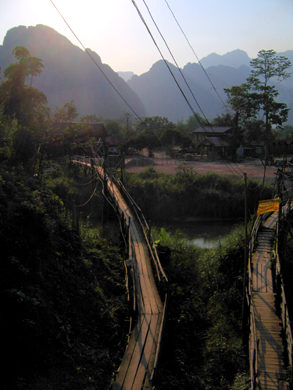 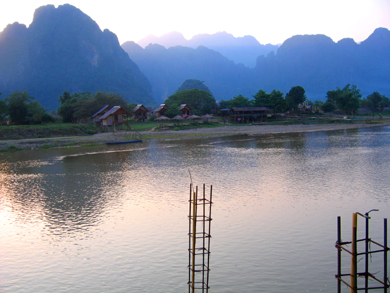 I unexpected that Vang Vieng is another heaven on Earth!! The most attractive here's many bar beside the Nam Song River!! It's known as backpacker paradise~ The lifestyle here also very enjoyable!!!
Have a lot of activity here such as trekking, cycling, caving, kayaking, climbing and tubing!!! I did my very first time 4 hours kayaking and 1 hour water caving!!! It's really an adventure games~


Vientiane [Laos]
2010/05/09 [01:24] (Sun)
Travel in France is my dream since I'm an artist. But the cost to getting there and living expenses is too high... So the important reason I wanna travel in Laos is Arc de Triomphe of Asia called Patuxai as it has general resemblance to the Arc de Triomphe in France!!! Although it's not a real France but I'm happy enough!!

Vientiane is capital city of Laos and also Laos's largest city situated in the Mekong Valley. 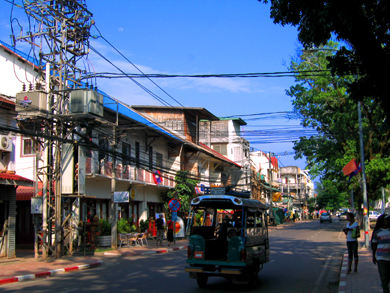 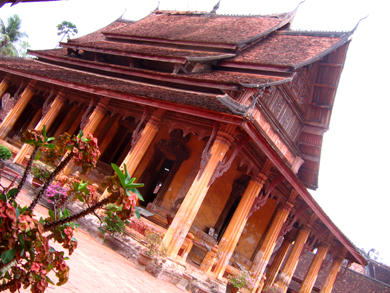 Wat Si Saket is the oldest temple in Vientiane. 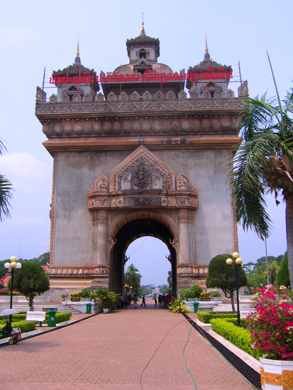 Patuxai is the most attracted to me for visited!!! 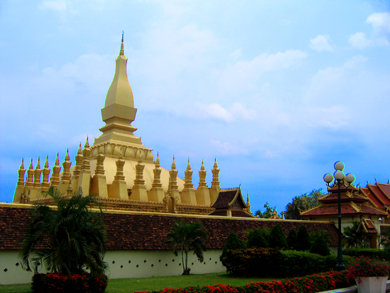 Pha That Luang is the Golden Stupa, a symbol of both the Buddhist religion and Lao sovereignty.

Buddha Park
It's a park full of Buddhist and Hindu sculptures, 25km southeast of Vientiane. 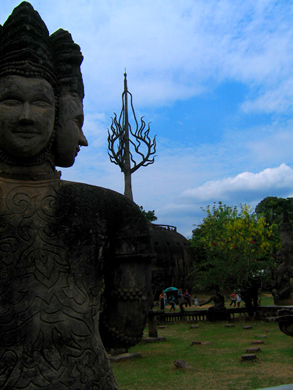 I stay for the first 3 days and the last 3 days of my half month trip in Vientiane. I really love this city because it's a relaxing city that I never see before. The resident of Laos is the most nice, kind, helpful and polite in SE Asia.

This trip I met more japanese than western traveller. Had a fun time with one japanese man that we did some stupid things in the city. It's really made me laughed all the day. Also, I recognized two pretty Loas girl helped me a lot !! Thanks~ 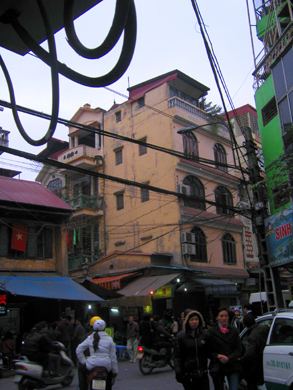 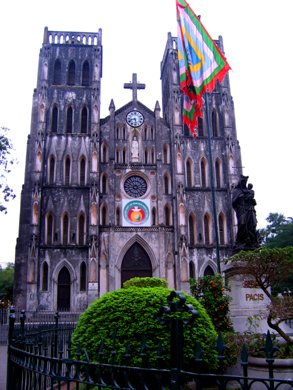 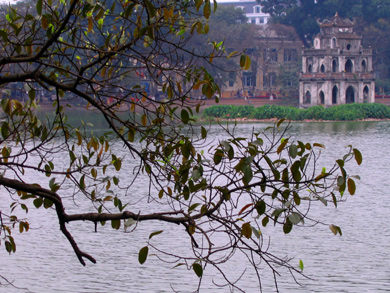 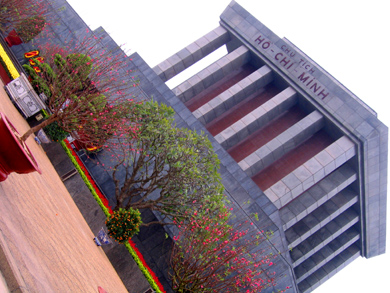 Since I stay here for a long time so I meet back few backpackers that we met last time in difference place in Vietnam. They same as me that travel from south to north of Vietnam. I also met a funny Germany traveller in our hostel that he like to share about funny travel stuff with me!

I had a lot of fun and made many friends in this trips!!! It's a wonderful memories in my life.Thanks you all !! Travel Forever !! Yeah~