Halong Bay is one of the most popular travel places located in northeastern Vietnam. The bay more than 3000 islands in various sizes and shape!! It's also one of the 28 finalists in New seven wonders of Nature!!! 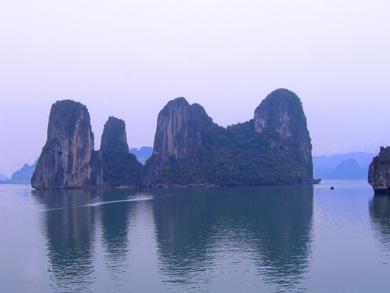 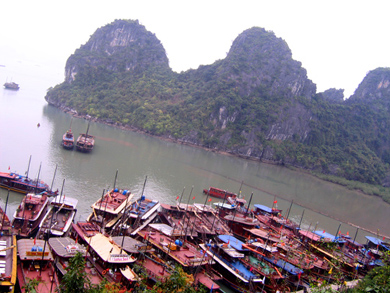 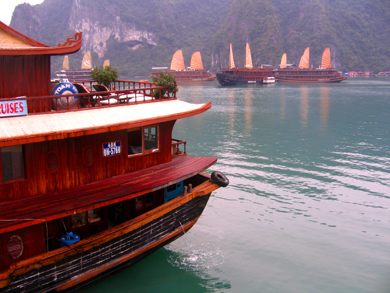 This tour I almost stay in the boat. I really happy to met many friends from difference country especially China, Singapore, French, Germany and England!! We all had fun party night inside a small room because the weather outside really cold. It's a another wonderful memories in my life. Also, I'm so excited to met Asia backpacker again!!


Hue [Vietnam]
2010/02/27 [14:42] (Sat)
I immediately planned getting to Hue after I saw the nice photo stick on those travel agency!! Since my friend was rushed to Hanoi so I gotta back to alone for the rest of my trips.

Hue is tombs and architecture the imperial capital of the Nguyen emperors on central Vietnam.

Citadel of Hue
Citadel is occupies a large and walled area on the north side of the river and heavily bombed in the American War!! 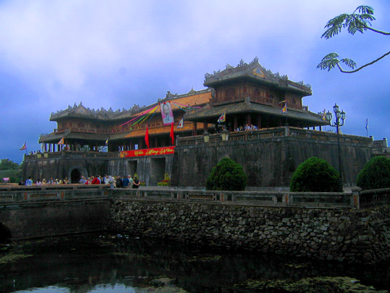 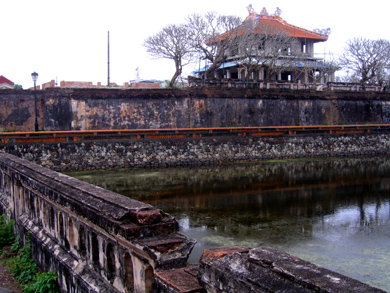 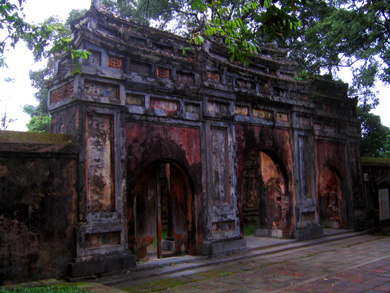 Unfortunately, I just stay 2 days in Hue since this fantastic place I planned suddenly seemed a bit rush... But I really suprise cause I look like been China!!!


Hoi An [Vietnam]
2010/02/26 [16:33] (Fri)
Hoi An is an antique charming old town was declared a World Heritage site located in South Central of Vietnam.So it's our destination after Nha Trang!! 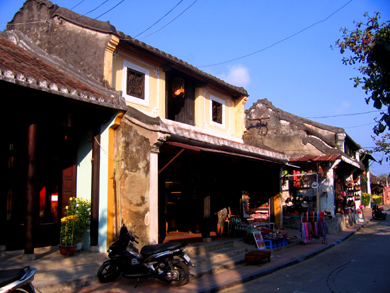 Nice view of the Hoi An. 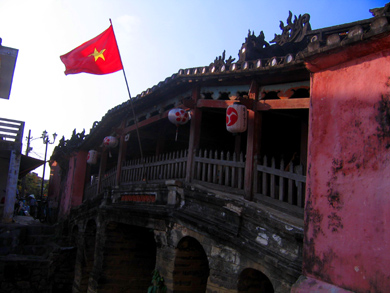 My Son
My Son is enigmatic ruins of the ancient Cham empire around 35km from Hoi An. It's another historical temple in Southeast Asia. 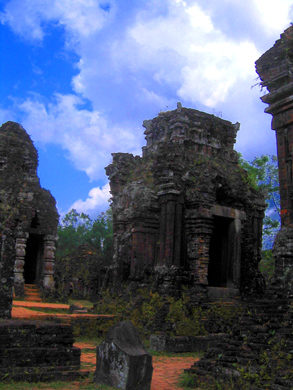 I pretty enjoy the life style in Hoi An. Everyday I'm so excited for taste their local food since it's really delicious!!! At the same time, we dinner same place with a very funny French couples!!! Also, we countdown firework for celebrate Chinese New Year and Valentine's Day beside the river of Hoi An. This was my first time that the celebrations in oversea!!! Yeah~

Nha Trang is a coastal city on South Central of Vietnam. It's well know as pristine beaches with beautiful bays! 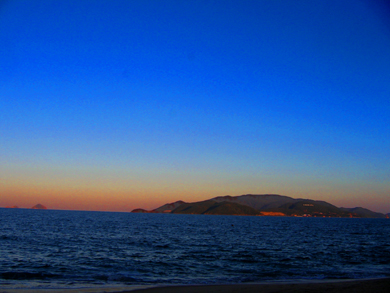 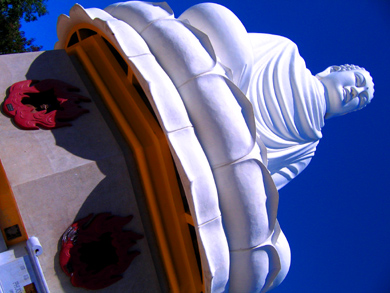 Actually I should go Mui Ne before Nha Trang since there looks more interested for me cause it's mixed with sand dunes and beach!! Really regretted about I didn't get there...But lucky I stay few days at Nha Trang so met many friends especially from Israel, Holand, Scotland and Irish!! We had breakfast, lunch, dinner and beer time togehter~ It's fun!! 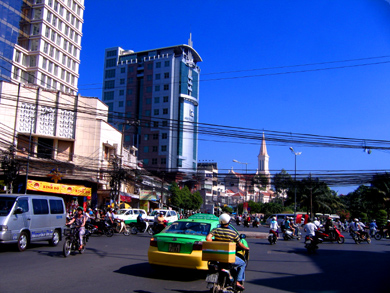 This is happening city cause living it up by night in the backpacker area that never sleeps!! 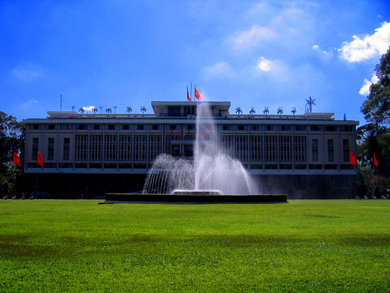 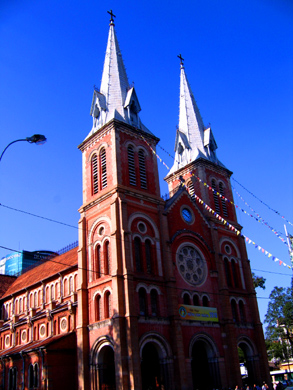 Although Ho Chi Minh not as a capital city in Vietnam, but it's seems more modern than Hanoi. And the traffic here same dangerous with Phnom Penh as well.

Have a great time to met two Vietnam Chinese sister and a Singapore old man here. They much helpful to guide us to visited night market, taste Vietnam cuisine and beer time. I'm pretty happy the 3 short days. Also, thanks to the Singapore old man for told me some Singapore background and his travel experience. It's help me to think carefully for my future!


Phnom Penh [Cambodia]
2010/02/25 [17:02] (Thu)
One of my friend follow me to travel backpack in this trips. We headed to Cambodia and continue getting to Vietnam! Since last year I been Siem Reap to visited Angkor and it's an unforgettable memory so this year I went another city of Cambodia called Phnom Penh.

Phnom Penh is capital and largest city of Cambodia. I been here 4 days to visited a lot of sights such as Killing Fields of Choeung Ek, Royal Palace, Silver Pagoda, Wat Ounalom and Wat Phnom. 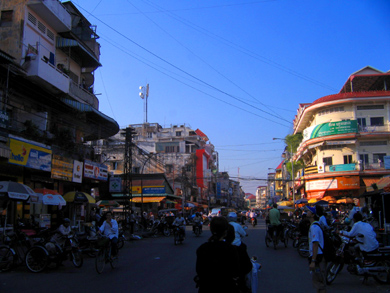 Killing Fields of Choeung Ek
Killing Fields is a blinding white stupa that serves as a memorial to large number people were killed by the Khmer Rouge between 1975-1978. 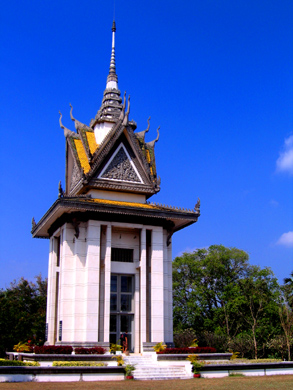 The commemorative stupa filled with the skulls. 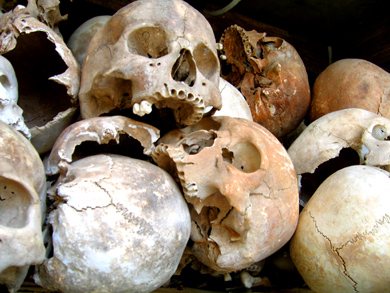 Skulls of the victims.

Royal Palace & Silver Pagoda
Royal Palace is a complex of building which are the royal adobe of the Kingdom of Cambodia. 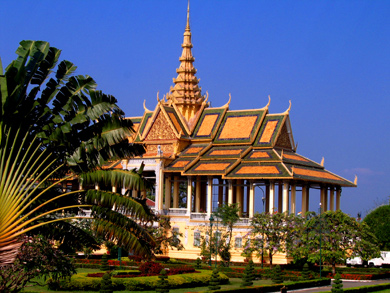 Silver Pagoda is located on south of Royal Palace and royal temple the floor of which is covered with tons of gleaming silver! 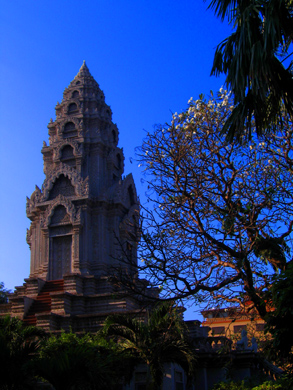 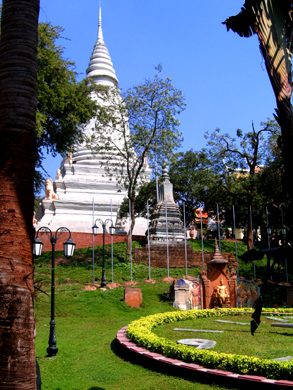 Big difference between Phnom Penh with Siem Reap cause here quite busy and getting improve be prosperity city. I felt scary about every time when I cross the street since many motorbikes there didn't follow the traffic and the road too wide. But still was an enjoyable trip cause I had a lot of fun at here ~